You are here: Home / Archives for Hills + Valleys

Prior to the 1860s, America was vastly divided.

While the Northern and Southern states were deeply immersed in the civil war, the eastern and western regions were held apart by vast physical distances. It would take months to travel across the country by boat or carriage. Once America set the goal to unite the east with the west, we tackled enormous obstacles and made great achievements. Building a railway system was an incredible feat. Building bridges over valleys and tunneling through mountains was accomplished with a mix of mainly hand tools and grit. In 1869, the construction of the Transcontinental Railroad, comprising of 1,776 miles of track was completed. Cross country travel was reduced to merely a week. The connection across the country was tremendously improved.

Soon after the country was connected by railway, the original predecessor of Amazon.com was created. In 1872, Aaron Montgomery Ward established the first innovative mail-order business.

As a united and expanded country, we discovered ways to work better together and established a framework to cooperate with each other. Managing coordinated schedules across the country led to the adoption of standard time zones in 1883.

Over five quarter-centuries later, we have learned to reduce the physical distances of living and working environments to an absolute minimum (in some cases). Prior to the year 2020, the choice to live or work within the minimal proximity of others might even be considered a luxury. All these luxury advancements have become flipped upside down with the worldwide spread of fear of the new pandemic.

We move father apart. Listening to structured narratives creates deep valleys. We distance from each other. We isolate. Open dialogue ceases.

As a society, we seem to have experienced a wreck. An unforeseen disaster occurred. A tremendous amount of good people went into immediate action. Some guesses were right. Some were wrong. Many people have been doing the best for all of us. Others may be acting for just a select few. It is time to come together and right this wreck.

Working together and staying connected has always made our country (and ourselves) better and stronger. While we have not avoided making mistakes and may have endured painful struggles in the process, we have advanced further as a united whole.

Strengthen our bond.
Understand each other.
Serve the whole.
Reunite. Accept. Recover. 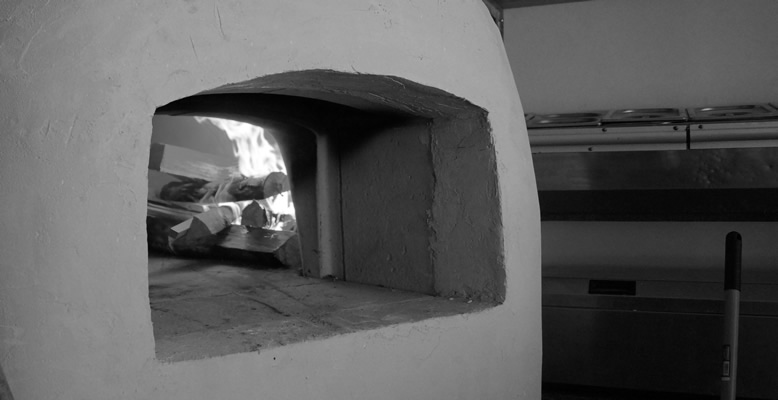 While both processes can create the best outcomes, cooking and baking are inherently different. The procedures, and perhaps the overall philosophy, may produce a contrasting composition.

Cooking is more of a live-action process. It may include merely basic preparations prior to the main event. The crucial part of the process is bringing all the elements together in making adjustments as necessary, immediately, in the heat of moment. Making modifications while watching, listening, smelling, and tasting every step of the way. Like a three-ring circus, many moving elements balanced simultaneously create the show. When that show is over, it will never be exactly the same, if repeated.

Alternatively, baking relies heavily on the preparation and early steps in the process. Those crucial steps are completed well ahead of the transformation process. The successful baker works like a scientist, carefully preparing various ingredients, continuing to make measured steps, throughout an extended duration. Prior to entering the oven, the creation will largely be well defined but not yet transformed. While in the oven, the transformation takes place and the creative beauty is revealed after it returns from the oven.

A similar dichotomy exists in parenting.

Raising infants, like cooking, is more of a live action process. Once we have the basic gear, the process is a real-time operation adjusting to the situation. Preparation is still required but ongoing improvisation is crucial as communication develops. Listening to the various cries and observing the facial expressions as we adapt begins our two-way communication. We learn to react and adjust, in real-time, as we understand our infants needs. As we both grow, our communication continues to develop, allowing deeper meaningful conversations.

On average, this process seems to work for about twelve years. As our cook prepares to retire, reliance turns to our baker. As our conversations developed, our baker has been preparing ingredients for years. Carefully measured with philosophy and weighed with morals, our ingredients have been advancing without notice. Each example we set have been accumulated for years. When it is time, the mixture of ingredients enter the oven. While we worked hard to produce the best ingredients, we still grasp tightly on to hope during the transition.

Teenager is in the oven.
With ingredients of love.
Transforming under pressure.
Genesis of maturity has begun. 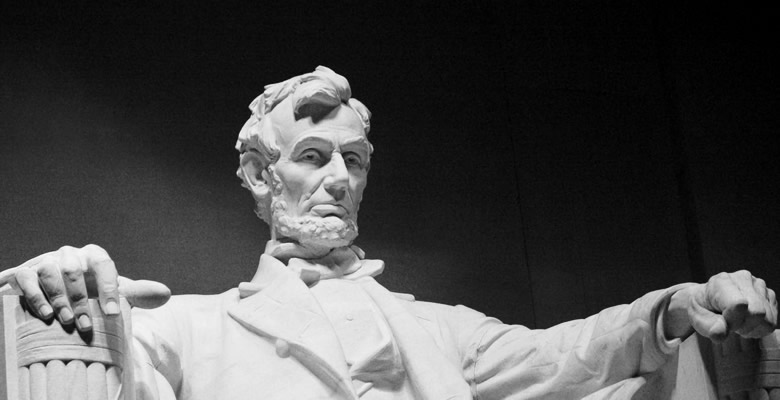 As growing children we probably all have been told by our parents, and other role models, not to tell a lie. In many cases, the contextual settings of this advice had the specific meaning of “you should not lie” or even “you should not lie to me”.  As children, we watched adults deceive each other, and tried to sort through the moral code. As we searched for clarification, we realized that many people continue to lie and justify it as morally better, in their specific case. Case by case, more and more exceptions are applied to the rationale of the liar as time passes. A mother may tell the cinema or the hair stylist that her thirteen year old son is twelve and wrongly benefit on the youth discount price.

“It’s just a white lie, not an actual lie”

The term “white lie” was first documented in the eighteenth century:

A certain lady of the highest quality … makes a judicious distinction between a white lie and a black lie. A white lie is that which is not intended to injure any body in his fortune, interest, or reputation but only to gratify a garrulous disposition and the itch of amusing people by telling them wonderful Stories.
The Gentleman’s Magazine, 1741.

“White lies” are harmless chatter for amusement. White lies cannot be the answer to questions like:

Brave the truth
Shine the light
See the honest path
Ride the road of reality. 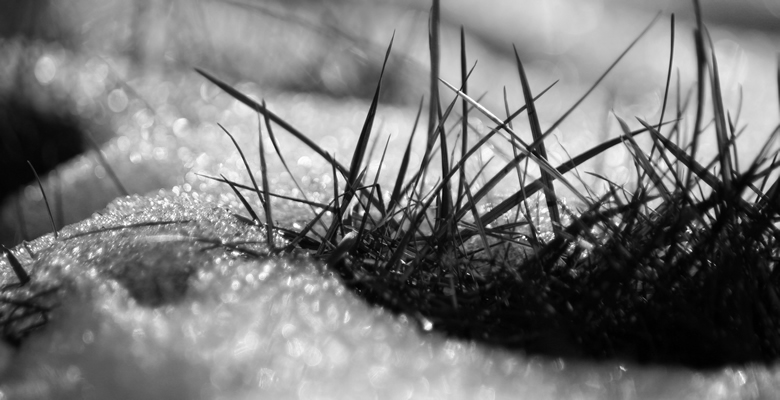 The winter was painfully cold. We welcome the coming of spring to thaw our hearts. We bask in the first signs of the renewed life around us. We remember how it feels to be embraced by the warmth of the light. The comfort it brings prompts us to remove our protective outerwear. We remove our armor to invite in the compassion. The lowering of our shield also allows our empathy  to be revealed.

At that moment, we feel wonderfully connected.

Abruptly, the cold returns. The sting of the icicles feel like deep lacerations. Memories of the scars from winter return to the surface. It suddenly feels like winter again. Our outerwear gets strapped back on.

Allow the thaw.
Winter will fade.
Wear outerwear in layers.
Peel the layers as you feel the warmth. 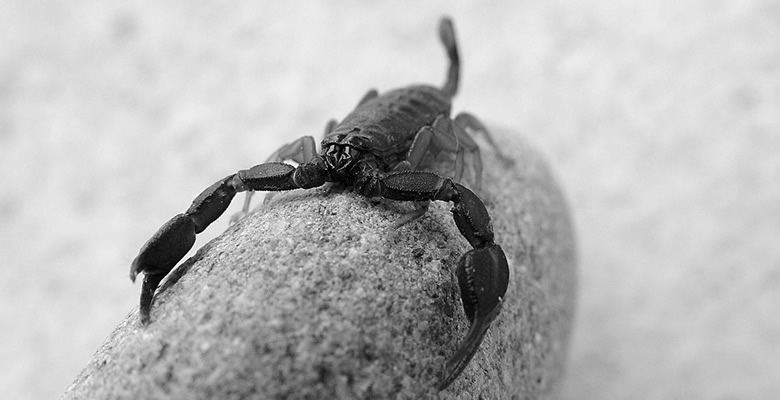 When I was growing up, I was incredibly fortunate that my parents exposed me to many environments and experiences that greatly contributed to my life lessons. One of the many tremendously beneficial experiences was when my mother brought me along with her to a conference to listen to the late Jim Rohn speak. Mr. Rohn shared his overall philosophy on life as well as advice for achieving goals and becoming a better person.

I was a young teenager. She was a single mother.

At the time, our family had very limited financial resources. To say it simply, we had no money. My mother worked a job, attended the university, and was self-employed during the rest of the hours left in the day. She had three teenage children. She worked hard but more importantly, she made very hard, but very good decisions. While our refrigerator was almost empty, she decided that it was worth the cost of admission to absorb to a great attitude and philosophy on life. The benefits were not intended solely for her but also for her children. Even as a teenager, I understood that if my mother felt strongly about something, it was always worth consideration.

During that weekend seminar, I absorbed many ideas and thoughts about attitude and philosophy that would impact me for decades to come. I will share just a little story that still helps me accept certain behaviors that would otherwise be completely foreign to my expectations and understanding.

In recent times, I have experienced hurtful and unexpected behaviors from others around me. At times, I was taken back in shock, with a naive voice in my mind asking, “Why would somebody do that?”

I then remember the story of the Frog and the Scorpion that Jim Rohn shared. Here is a paraphrased version of the story:

A frog and a scorpion were alongside a river looking to the other side. The frog was about to swim across when the scorpion noticed him and started some dialogue:

Scorpion:” Hello Mr. Frog, it looks like you are going to swim across the river to get to the other side?”

Frog: “Yes, that is correct. Why are you asking?”

Scorpion: “Well, Mr. Frog, I am glad you asked. I was hoping that you would give me a ride to the other side. Since I am a scorpion and cannot swim, I need your help to get me there. Would you be so kind to allow me to hang on your back while you swim across? I would be very grateful.”

Frog: “Are you serious? There is no way! You are a scorpion. Scorpions sting frogs and kill them. If I were to allow you to hang on my back, you would sting me while I was swimming and I would surely die!”

Scorpion: “Really? Mr. Frog, your frog brain is not thinking correctly. If I were to sting you while we were crossing the river, sure, you would die but then so would I. I am a scorpion and scorpions cannot swim. That would be foolish. I just want to get to the other side.”

As the story goes, the scorpion held on to the frog and they headed on their way to cross the river together. Then, about halfway across the river, the scorpion actually stung the frog! The frog was completely flabbergasted in disbelief of the scorpion’s actions! The frog struggled to stay afloat while he felt the result of the scorpion’s fatal sting. They both started to sink as the frog attempted to keep them both above the water. After making it back up to the surface a third, and probably last time, their dialogue continued:

Scorpion: “I am a scorpion.”

Know the Scorpion.
Expect thunder with lightning.
Looking away from the stinger,
Does not stop the sting.