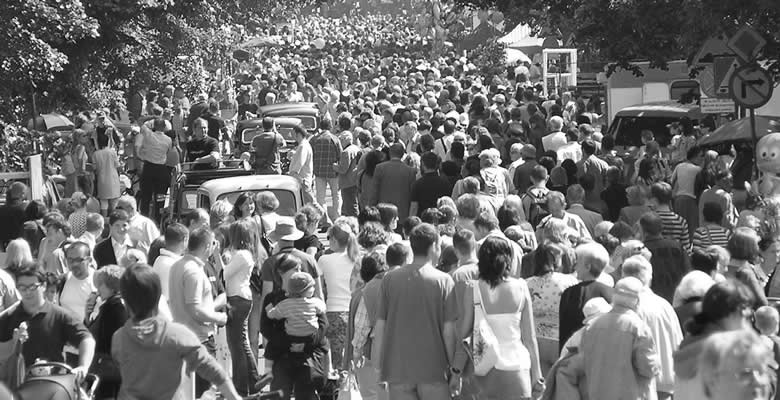 A few days ago, I was standing in line to board a plane.
The plane was small and fully sold out.

Reaching for my boarding pass, I let go of the handle on my rolling carry-on bag and the bag fell over.
I paused for a moment, then bent down to pull the luggage upright.
At that precise moment, the man standing directly behind me urgently leapt past me in line.

I do not know his name, but I thought of him as Leaping Larry.
Admittedly, I was surprised since the line was moving at a snail’s pace.
The line inched closer to the plane as our entire flock boarded the same plane.

We all shared the exact same departure time.
Inevitably, we were destined to a mutual arrival time.
My boarding pass read seat 16D.

Taking a step about every 5 seconds, I was moving slowly toward row 16.
I was still directly behind Leaping Larry as we inched to our seats.
Reaching his row, Larry abruptly sat down, pulled down the separating arm rest and fully buckled his seat.
Seemingly ignorant of his surroundings, he settled in and eventually looked up.

He was sitting in seat 16C, the aisle seat.
I smiled. The universe was at work.
There was a message.
Maybe I was the only one in my row to receive it.

“Ironically, I have the empty window seat just past you”, I mentioned.
He then unbuckled his seat belt and stood up to allow my to get by him.
I raised the arm rest and squeezed in to my seat.
Larry then followed and repeated his pre-flight preparations.

Once settled in, I felt something uncomfortable.
An invisible wall had been built between us.

There we were, two people, with a list of simple commonalities:

Some of my long term friendships had started with much less in common than what Larry and I shared at that day.
There was a loud silence shouting that perhaps we had less in common.

Larry had many choices when my bag fell over.
Some include:

This specific event ranks infinitesimal in the importance of worldly matters.

However, it helps shed light on matters of the utmost importance in our universe.

Our behaviors effect each other.

Connect to your surroundings.
Feel the life around you.
Leave the trail better than you found it.
Improve the path one moment at a time.
Let others touch you, one smile at a time.
If you drive too fast you may win the race to the finish line,
but the cargo you deliver may not have the best and highest use.